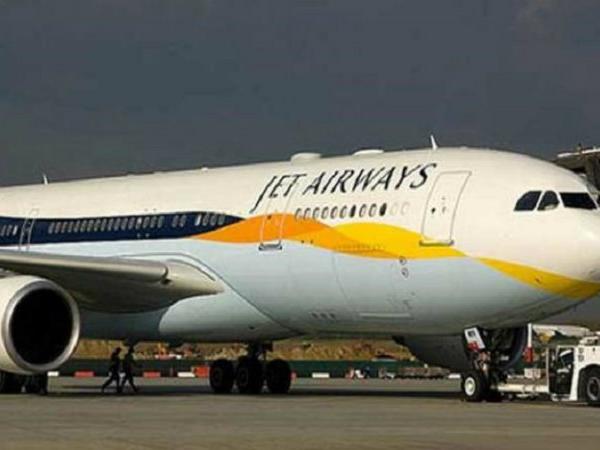 A popular saying says, ‘History repeats itself’. The way Jet Airways has asked to bring down the operations, it confirms. However the official version of Directorate General of Civil Aviation (DGCA) order terms it as temporary order but there is a rare possibility that it would ever be back in the air again. The way events are unfolding, it seems that Jet Airways would have the same fate as of the Kingfisher’s. In the similar fashion, Kingfisher was temporarily brought down by the DGCA in 2012 and it could never fly back in the air. If we compare both cases, the reasons are found to be the very same; the unsustainable huge amount of debt in the books of account.

For some time, it was an open secret to all that Jet Airways is a debt ridden company and unable to even service the debt both in short term as well as long term. Being a full-fledged airline, it has very high operational costs in comparison to many other airlines operating in India. Apart from this, at present there are no pilots or any crew members who could help to fly its planes back in the air because the firm has failed even to pay the salaries to its staff for long. On the other hand, the lenders have already declined to provide any relief by lending with the emergency fund of Rs 1,200 crores even after giving assurance for the same. Also there are thick rumours in the air that employees are planning to go to the court to recover their dues. These circumstances altogether make it even more difficult for Jet Airways to hit back in the air.

After many incidents of defaults on meeting liabilities on many occasions, the bankruptcy of Jet Airways looks to be an utmost possibility. If the bids of 10th May 2019 are not accepted by lenders, they would move to National Company Law Tribunal (NCLT) for insolvency proceedings under Insolvency and Bankruptcy Code (IBC) 2016. Coming back from that point would be if not completely but almost impossible for Jet Airways until and unless the promoter Mr. Naresh Goyal infuses huge amount of equity to save the airlines and looking at the previous records, it looks almost impossible that promoters of the company would infuse that much of money in a falling airlines that too in a sector that is going through very difficult phase.

The fall of Jet Airways would not only make more than 20,000 employees jobless but also raises questions on the sustainability of already struggling aviation sector in India. The fall of Jet Airways is second such incident after Kingfisher Airlines in 2012. It would have long term consequences for Indian aviation industry which is already turning through transition period as it is in dilemma and not sure which model (low cost or full-fledged) of operation it should opt for. In recent times the profits of a few profitable carriers like SpiceJet and Indigo are continuously falling and the remaining carriers are already in losses. This clearly indicates that on overall, the aviation sector is not in good health. A careful look at the incidents over a few decades in the industry clearly indicates that the reasons for the problems in aviation sector are not only limited to the operational strategies of these carriers but also the government’s policies on fuel pricing and maintenance charges imposed by the Airport Authority of India (AAI). Besides these, there are many other questions which have been unaddressed for long from debt restructuring to corporate governance to the roles and responsibilities of independent directors in the affairs of these companies.

The issue of Jet Airways is not just about a company or aviation sector. It is a specifically related to regulatory failure to ensure good corporate governance practices in companies also. Most importantly and surprisingly, this trend is not just limited to aviation sector. It has spread and plagued the whole economy and in most of the default cases is continuing for long. Moreover, the statuary committees of the company which are expected to take right actions seem to be not working efficiently as well. The independent directors have failed to ring bell. Ministry of Corporate Affairs and Ministry of Aviation along with AAI could not check whether its policies are working well for industry or not. These altogether need to be addressed. And this should be done as soon as possible to turn the table.

Besides these discussed issues, there is need to check the way financing is done in the industry. Debt restructuring has been a common practice in banking and financial industry to deal with NPAs. Also there is a popular practice of converting debt into equity mostly in case of stressed assets. Specifically these two practices seem to be the cause of the problem of big ticket default in most of cases. It has been witnessed that debt restructuring is done a number of times which eventually increases the debt amount on the books of account of these distressed companies. This practice cleans the books of banks and financial institutions in short term but in long term gravitates the problem as the unsustainable debt on books of the firms forces the firms to fail on servicing debt. In fact this practice in most cases is like window dressing of books of account. The same happens with equity conversion also. Banks and financial institutions convert debt into equity of distressed firms. This practice also cleans the books of banks and distressed firms. As a result the liabilities of these firms fall in short term but this does not provide a long term solution because these financial institutions are efficient in running those businesses. Rather these financial institutions end up artificial layers in operations of these businesses.

These falls of distressed firms have huge costs for the economy and banking and financial institutions (Dardac, Barbu, & Boitan, 2011). These events end up having negative impact on banking sector performance (Demertzis & Lehmann, 2017). In India in case of public sector banks, the costs have to be borne by the public exchequer and in case of private sector banks, the cost have to be borne by bank depositors which would have long term negative impact on the consumer sentiments. These particularly need to be addressed by the Ministry of Finance and Reserve Bank of India.

Download this article in pdf: Management and Regulators Failed Jet Airways
at April 21, 2019