Are Electric Vehicles Solution to the Problem of Pollution? 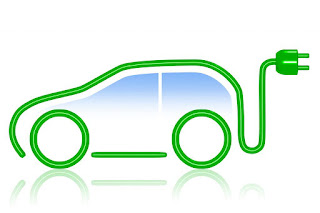 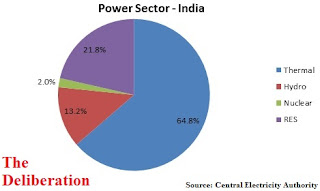 The scenario in India in case of electricity is quite different than the developed economies. The main source of electricity in India is still coal fed thermal power. From the above graph, it is clear that the total share of thermal power is 64.8%. From the below graph it is clear that 86% of the thermal power is generated from coal. The share of renewable energy is not very high and is 21.8% only. And the share of hydropower is just 13.2% only (CEA, 2019). Also the evidences suggest that hydropower is not sustainable in long term as it has grave long term ecological consequences (Zambrano-Monserrate, Valverde-Bajana, Aguilar-Bohorquez, & Mendoza-Jimenez, 2016).

Coal fed thermal power is the main source of electricity in India. So in short term, any push to electric vehicles would result into increased consumption of coal. Though the future plans regarding renewable energy (Chaudhary, 2019) are expected to bring down the dependency on coal but that is a long term scenario. So in any case, the increased use of electric vehicles will eventually decrease the emission of carbon from oil sources but on the other hand in short term it will increase carbon emission on account of coal though in smaller quantity. But this would be a significant change and it will have dividend for the Indian economy as well. This change in transportation habit of India will bring down the India’s dependence on oil as main energy source. And these things altogether would provide dividend not only on environmental front but on economic as well as diplomatic front also. It will cut import bills on petroleum products leading to improved position on current account deficit and exchange rate. Also it will help India in bringing down the dependence on Middle East for oil imports. 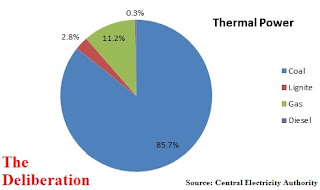 However the ability of electric vehicles to reduce pollution is completely dependent on the decarbonisation of electricity production process but not on the penetration of the electric vehicles into market. If India is able to decarbonise her electricity producing units, then only any effort of promoting electric vehicles can be successful in reducing carbon footprint. But apart from all the benefits, it too has negative side. The increased use of electric vehicles would create a new problem of handling with a new type of garbage that is Li-batteries (Independent, 2018). And it would be a challenge for India as even today after decades India does not have any proper system to manage electronic garbage as well as Li-ion batteries. The recycling rules for batteries are limited to lead batteries only. Also neither is there a proper regulatory system in place to deal with such garbage nor the facilities. So India has to first put a mechanism and regulatory system in place. And even after doing that it would be a mammoth task at the hand of regulators as well as operators considering the volume it would generate. So even if decarbonisation of electricity is achieved upon, the batteries garbage is going to create another challenge. The battery garbage are said to cause problems for even longer period than that of the hydrocarbons. So there is immediate need to risk mitigation mechanism arising from the batteries’ waste. Therefore migrating to electric vehicle may look promising on environmental front but is not an easy task.

Apart from the above, there is hardly any infrastructure to support electric vehicles. There are hardly any batteries charging stations in any city of India as it is still not viable business in India. This would require policy response from the government. Moreover there are some provisions in the current budget for the same (MoF, 2019) but it would not be enough. There is need for participation from the corporate sector. For this corporate sector has options; either to invest in the business to make or in form of corporate social responsibility (CSR).

Download this article in pdf: Is Electric Vehicles Solution to the Problem of Pollution?