Last month, Indian Prime Minister Narendra Modi announced about the plan to set up 100 smart cities in different parts of country to bring about sea-through changes in urban civic life and behavior with the goals of long term sustainability similar to Stockholm, Barcelona, Amsterdam, Glasgow and Singapore etc. This news has created a lot of buzz and excitement across the world and spectrum. But at the same time this announcement has resulted into a number of questions being put forward from the concept and impact of smart cities on civic life, sustainability and costs.
Read more »
at July 25, 2015 No comments: 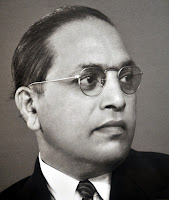 As a politician, Dr. B. R. Ambedker is one of the most prominent leaders of India. His contribution to the field of political science in Indian context is path-breaking. The visions and ideals, he preached and practiced, were based on equality, inclusion, participation and eradication of untouchablity. He wanted to see an equal and inclusive society. His ideals and visions relating to political science generated widespread discussion across spectrum but his economic theories have largely been ignored by people in general and in academics in particular although by training and practice he was an economist for years prior to his legal and political career and wrote a number of reports, papers and books on economic issues like The Evolution of Provincial Finance in British India, Ancient Indian Commerce, Administration and Finance of the East India Company, The Problem of the Rupee: Its Origin and Its Solution and many more. But all his contribution towards economic theories had been in shadows of his contribution to theories relating political science.
Read more »
at July 23, 2015 No comments:

Email ThisBlogThis!Share to TwitterShare to FacebookShare to Pinterest
Labels: Economist

Another Economic Crisis in Few Years May Not Be A Surprise

In a central bankers meet in London, RBI governor Raguram Rajan warned the world about the possibility of a ‘Great Depression’ like economic problem in near future if the central banks don’t work together and in tandem to contain the problems like interest rates differences, economic instability in Europe and slowdown in world economy especially developing economies like China and India although his office issued a clarification later. But previous experiences tell that his assessment might have some indications for the future. In 2005 he had warned about the possible financial crisis in the US when everyone was very much excited about the real estate in the US. But what he had forecasted became reality in 2008 and the whole world is yet to recover from that shock. 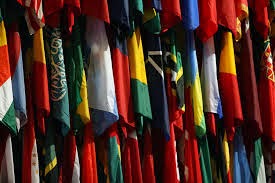 When Europe was busy dealing with the crisis in Greece, the US and other five nations were busy discussing a possible nuclear deal with Iran and finally both the nations that were earlier adamant on their position agreed on a deal. Most importantly, Washington is said be very optimist about the deal. The US hardly has any interest in Iran. If Iran was eager about the deal one can easily understand the reasons but why the US does give any answer.

Though this deal is between these countries but it will have strong impact on India. India as of now is an important trade partner of Iran even after sanctions from the US. Till now India was either paying in Indian Rupee or selling different goods and service in exchange of oil from Iran. But now India has to pay in the US dollar. This is going to increase pressure on Indian currency reserves as well as exchange rate also. Besides now Indian products will have to face fierce competition with the European nations in a few products in which Europe has competitive advantage over Indian producers. Also India's interests in oil blocks in Iran may also be impacted by the deal and ONGC and other Indian oil companies operating in Iran may have to face competition. But at the same time for India it would be easier to buy crude oil from Iran as the ferry cost would go down in coming days.
Read more »
at July 20, 2015 No comments: