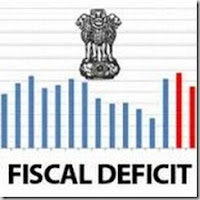 
Many countries like Turkey, China, Brazil and India (shown in the above table) are facing fiscal deficits. All these countries have been trying to check their fiscal position and have ended up decreasing their GDP growth rate. Though the case of Turkey slightly different than other countries in this group. Turkey started tightening the fiscal policy when it was not right time and as result the capital inflows were discouraged leading to no appreciation in real exchange rates against major currencies. By the time Turkey released that it was on wrong course, it was too late to respond.

Same is the case with India too. In India petty issues of politics and indecision in New Delhi has resulted into lower capital inflow and social and economic turbulence in India led to capital outflow from India. During the same time inflation in Indian economy was very high for more than two years. Also by the same time the government started to respond to the fiscal deficits as it grow to more than 4%. All these led to cooling off the economic activities in economy and as a result a fall in GDP growth rate is now evident. As a result all these factors and events, the Indian Rupee depreciated hugely against all the major currencies of the world. This depreciation is leading to increase in trade deficit and will increase inflation in the economy as India largely depend on exported oil and gas resources. And as a result the deficit may not be lower again for the year and purpose of fiscal tightening will not be served.

"It is important for every economy to take care of its fiscal position and deficit but for this too there is a right and opportune time to respond. The policy response and management of economy on the basis of the fiscal deficit and with help of fiscal deficit management plans is a very much relative strategy and timing plays much vital role than expected."

So the madness about cutting the fiscal deficits will not help economies to revive economic activities in their respective economies.