Indian stock market has been very volatile for more than a year. One day the stock indices rise steeply and on the next day they fall sharply. This has made things difficult for the investors. They are confused and this can be affirmed by the participation of retail investors in the market. The current trends in the markets give signals of unexpected future and high volatility. And this has made investors confused.

The Indian stocks are very volatile. Even the blue-chip stocks are not safe now for investment purpose. For the long term investors the Indian stock market has provided no incentive to invest in the market. Instead the long term investors who invested during the fall of 2008 expecting that they were getting blue chip or value stocks cheaper have not been able to get back the invested capital till now leave any real returns on the investments apart. 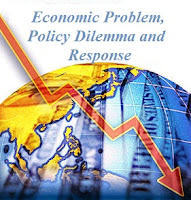 The whole world is facing economic crisis. The US economy is not in shape. European Union may fall and Euro may cease to exist if the crisis in EU extends for some more time. The emerging economies like China and India are slowing down. The Africa is facing social unrest. Russia is also witnessing some domestic problems relating to elections. Other emerging economies like Brazil, South Africa and Indonesia etc. have also been showing signs of weakness in the economic growth. Overall conditions of the whole world are worrisome making people worried.

"No doubt it is tough time and everyone is worried. So everyone is trying his best to ensure that his interest remains safe from individuals to companies to economies. To achieve this most sought after so called the sacred goal people are doing anything ignoring some basic rules. And their ignorance about the results of their actions, they instead are making things worse and forcing the world economy to suffer more."

Upgrade of Indian Bonds by Moody’s to Benefit Indian Economy

There had been spates of upgrades and downgrades about Indian economy for some time by credit rating agencies, Standard & Poor’s and Moody’s. The Indian banks and rupee bond have been rated by these rating agencies over last few weeks.

S & P has upgraded the Indian banking sector contrary to Moody’s and Moody’s have upgraded the long term rupee bonds to investment categories.
Read more »
at January 17, 2012 No comments:

Economic Problems in the US

The rules are simple for everyone in economics and when one tries to makes things complicated, results are often disastrous. For any economy it is normal and fundamental rule that it must reinvest what it earns from all the economic activities into various types of assets from human to material (physical and virtual) to grow and maintain growth.

And when markets start saturating, reinvestment is the most important function for any economy and there is no other way to escape or ignore it. Reinvestment helps to maintain the growth by keeping the demand and supply in balance.

The same basic rules are haunting the US economy today. The US has been not reinvesting its earnings back into its economy and people since very long. And at the same time have been over spending on domestic front (Leonhardt, 2011) along with wasting huge resources into some adventures in Asia and Africa and in some other military campaigns (Johnson & Sehgal, 2011). It is simple economics but the US (political and administrative classes) is not ready to understand it. Since long the US has been investing billions of dollars in so called strategic future interests and plans for 21th century and so. But it is miserably failing to plan for its present.

The continuous struggle between the security forces and the Maoists has worsened the situation in the Naxal zones. The Indian government has failed on every count in these areas. Neither the governments (central and state) have been able to control and balance the Maoists; nor has they been able to strike any peace deals. Because of these, the life and business has been impacted adversely in these areas of Naxal or Red zones.
Read more »
at January 04, 2012 No comments:

For years India has been seen as one most promising economies in world. But things are changing swiftly and India is losing its position in world economy mainly in minds of the investors. It is not that the basics of India's economic growth story have changed. No it has not changed. The basics are the same and now that have become problem for Indian economy. It is true that India as an economic destination has huge potential and also strengths as well. But only India being a promising and place of huge opportunities cannot help us. 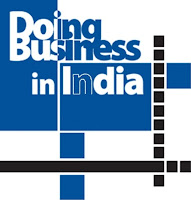 Doing business in India as just business seems to have become something inferior and politics and business has become two sides of same coin although they simply are not even the same coin. In the recent times, we have seen so many unpleasant incidents taking place in business world of India. There have been so many revelations about the relationships between businesses and the politics in one way or other.

There was 2 G scam sometimes back this year that had huge negative impact on the business environment in which people like Mr. Ratan Tata and Reliance ADAG became party. Then Mr. Jagan from Andhra Pradesh was said to have made money because his father’s political influences and now it is time for Bellary’s Reddy brothers.
Read more »
at January 02, 2012 No comments: